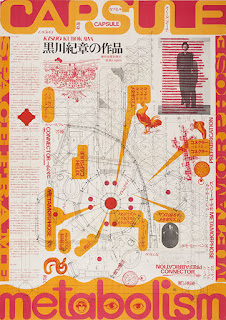 Reading Amelia Groom's essay (Frieze march issue) on the Japanese manifesto 'Metabolism 1960' the other day sparked a little debate here on whatever happened to the future of cities and where do we stand now, focusing on vacation rentals, are we swimming against or flowing within that vision?
The vision, in Amelia's words, is a promise of

" design spaces for living bodies that would be more in line with the metabolic processes of those bodies, they conceived of cities as living, moving and evolving creatures. Buildings would be adaptable organisms perpetually rejuvenating themselves; the metropolis would be a verb rather than a noun." 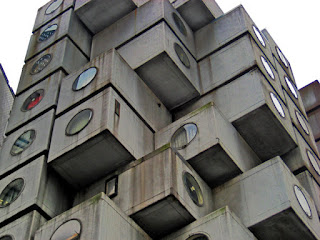 Cities as verbs. Super-organisms evolving and changing. Living as a pret-a-porter, a snack. Humans flowing through cities as blood through cells. Travel as compulsion rather than occasion, closing that circle that started as nomadism and to nomadism gets in this fin-de-siècle (siècle meant as civilization) we're living in. 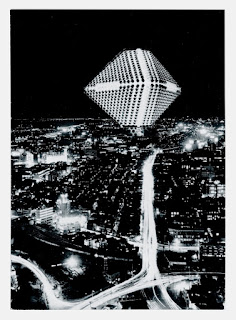 Where do we stand? Looking from inside out it all seems to boil down to the dichotomy of Hotels Vs Vacation Rentals, a trivial commercial war underscoring fundamentally different interpretations of the future. Assuming Metabolism is happening and the state-of-traveling ever more is going to be a state-of-being, can living be just a snack that can be cleaned up and served or should it rather be somewhat unpredictable, open, in one word, personal?
'My house is your house'... up to a degree, for a given timeframe and for a fee, rest assured. Yet if you spend most of your life out of your own capsule, you may as well borrow a piece of my own life rather than eat and digest yet one more snack.
Where are we heading? To a post-human that will accept alienation as a state-of-being or rather to a 'What's Mine is Yours - The Rise of Collaborative Consumption' kind of future.
We're betting on the latter...

Posted by Unknown at 2:24 AM 3 comments Links to this post

Cities Reference to include mountains, countryside and seashores into the inventory or the concept of Outer Area. 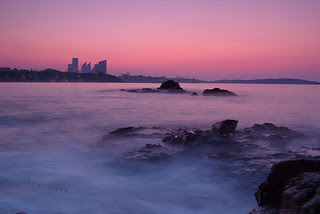 "There is more to a city than bricks and mortar"
Bisonblight blogging on skyscrapercity.com - Image credit  shunvision

That's what we were thinking when we finally decided to include 'Outer areas' into our listings a fortnight ago.
Back in '97, if your apartment was a inch away from Campo de' Fiori you wouldn't get admitted. What the hell was that? Snobbery? That's as anti-our-own-mission as it gets.
Over the years the radium got expanded, started including suburbs and then new cities and their suburbs. Know what? Travelers loved to be enabled to choose, as long as it was well marked in the description. To hell with the historical center, many must have thought, you get more space for less money at the cost of some extra time on the metro, big deal? Depends...

And now the 'Outer areas', my friends, just get ready to see prices drop at the cost of a simple change of perspective. The real 'City break' we may say. You spend the week swimming and skiing only to go into town for the week end, only that's all part of your holiday, and cities look much more relaxed when their business self is reversed. Do that out of seasons and prices can be 1/10th than those in the historical center in some cities.

How do you do it? Just pick 'Outer area' when booking your 'city break'.
Where is the catch? If you actually wanted to be smack downtown you better give that extra look at the map and the area from now on, if it's marked 'Outer area' you may end up sharing your next Bright lights Big City experience with a bunch of cows.

...Go ahead and flood us with comments (swear words not admitted ;)

Posted by Unknown at 6:33 AM 6 comments Links to this post