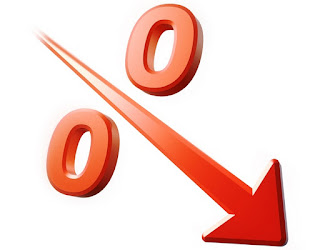 Following recent changes and Property Owners requests on Cities Reference Facebook page for ever increased transparency and clarity here follow the details of how our commissions work.

Most of you seem to know already that our Commissions and Fee can range from 3% to 20.5% and that owners can decrease it by 25% in one go when activating the Instant Booking. But you're unclear on how exactly you can push the rental fee downward, besides the promotions Property Owners can make and the discount coupons travelers can enjoy, that are detailed in our discounts post. Here follows our best attempt at shedding some light on the whole process.

Commission is composed of a fixed and of a variable factor,  Fee is one and only and it's 3% levied from the traveler on those apartments that are listed at annual flat fee. The fixed part of the Commission depends on the booking system you apply to your listing (Instant or On Request), the variable part on the total rent amount of your booking.
The Variable Commission subtracts from the Fixed Commission in inverted proportion to the final rent cost.

The above commission will decrease by 10% every 50% increase of the rental cost heading down to the set minimum 9%.

As of 2013 Property Owners have the option of paying a flat annual listing fee per apartment as opposed to the above commission structure and the fixed fee levied per booking will go down to 3%.

Please note: When comparing our fees to others please make sure their fee structure is clear, there often is a double charge, some to the owner and some to the renter. We only charge one flat fee. 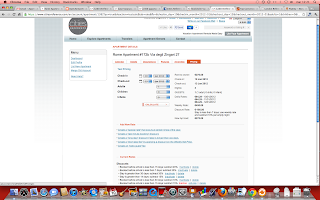 Test Pricing has been moved under the Pricing tab.

When activating a new fee or discount always remember to test the pricing to avoid unintended results. Just click on 'Test Pricing' and input the dates you want to check and the number of people. You'll see the net you'll receive for your rent itemized by the single fees or discounts you have activated.

Any doubts? Seek answers in Cities Reference FAQ page or Contact us.

Don't be surprised if your apartment will rank different tomorrow.

In our bid to be as transparent as we can here follows the exact break down of ranking factors. 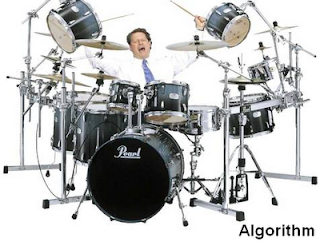 Please note: In August 2012 we added the Priority Owner status as a ranking factor affecting an additional 10% on total.

Best tip to gather rankings fast? Get bookings. How do you get bookings even with a low rank? Competitive rent price, many travelers sort by price...

Wanted to check back with our followers that dig into our analytics. New year comes with plenty of nice surprises. Let's check it out


Apartments:
Rome apartments are 815. Growth year on year is 55%, which is quite remarkable. We launched the new website with improved apartments listing wizard last March, since between 2010 and 2011 the growth had only been 15%, it is fair to assume that the new wizard makes listing a whole lot easier and allows a 5X growth in apartment listing inventory for a mature website.
Instant Ratio is 42.3%. Growing! We can't wait to hit that benchmark of 50% which we're heading to, certainly before the end of this year we hope.
Visitors per apartment/month: is 15, lower than usual in low season. It's 35 on Instant Booking apartments.
Conversion rate is 1.38% on e-commerce and 82.7% on online bookings slightly better than the last update.
Booking requests went below the psychological benchmark of 600 briefly last month and they're now back up to 645, still worryingly low. Crisis is hitting all of us after all. It must be remarked that spikes in growth of apartments are usually coming together with lows in bookings. This period is no exception.
Apartment reviews 2,421