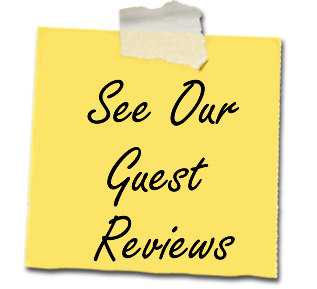 Ever since Tripadvisor.com came out with the unbiased user generated content at the beginning of the last decade our internet life has changed... for the better.
At first we didn't quite think so. It was 2001 and a client fishing for a refund wrote harshly about us. We dind't know a thing about Tripadvisor or even the concept of user generated content. We found it shocking! We thought she wasn't in good faith and, thankfully, Tripadvisor pretty quickly agreed with us and took her comment offline. Fair enough ;)
Within a year we had adopted user generated content in our website and the whole philosophy of unbiased reviews.
A lot has changed since and there is a lot more automated checks and balances in place nowadays when publishing a traveler's review.

We ensure the following

To leave your traveler's review 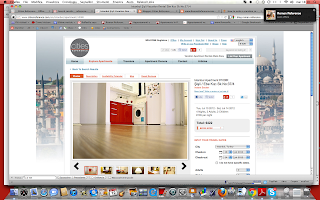 You will find your review 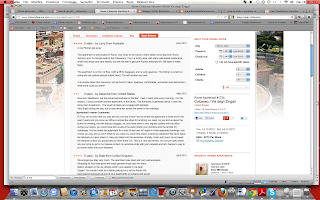 6 months on, the numbers

Last march we ended an Era and now we want to take a good look at what has changed exactly when looking at the numbers.

First off Cities Reference has finally and definitely passed Roman Reference for good. We're looking at over 75% more traffic and growing (alexa has it at 61,000 against 110,000 - this is ~ 15% growth year on year for CR, traffic to vacation rental websites in may is seasonally low, just a month ago CitiesReference reached its peak ever of 55,000 alexa).

Facebook page of Cities Reference has 5,860 fans against the 521 fans of Roman Reference's fanpage. RomanReference's FB page has grown 25% in 6 months which is reasonable, the real noteworthy change is Cities Reference, which, thankfully has taken full parent site status at this point and it's faring at full steam.

Cities destinations covered are now 45 with a 36% growth in 6 month.
Apartment rentals on offer are now 4,421 with a 21% growth in 6 month and a 350% growth year on year.
Instant apartment rentals are now 893 with a 10% growth in 6 months and 260% growth year on year. It's 20% of total against the 23% of all the apartments in inventory of January 2012. So this particular ratio is going the opposite direction than our wishes. Probably due to the fact that we've become tougher with apartment owners listing as Instant, but unable to be precise when updating their calendars.

Rome apartments are 953 with a year on year growth of 63% (this looks like a very good measure, especially the fact that we are keeping the 60% growth speed since quite a while yet).
Instant apartment Vs On Request apartments ratio is stable at 39% (improved a year on and double the average of all sites).
Conversion ratio booking requests Vs Confirmed bookings is 81.5%, stable a year on.
Resident apartments (ie apartments that use us as primary contact) are 95%
Bookings are 1,425/month so up 18% year on year.
Unique visitors are stable year on year for Rome. Duration, bounce and new visits are all improving ca 5% year on year.
Conversion rate has become really hard to track now, because many visitors decide on Roman Reference and book on Cities Reference. Cross guessing though and doing some counting to double check I'd estimate growth in conversion rate at ~20%. This is a welcome piece of news, May last year the new website started to stabilize and we're finally looking at the conversion growth brought over by hundreds of thousand of euro and most importantly thousands of hours of cumulated work to raise this measure that, be it the deepening of the crisis or the growing competition, has become really hard to deal with. Cities Reference is not done at all as for what regards efforts to make it more conversion friendly. After all we just belatedly added a press dedicate page and made customer reviews visible on the homepage and other chosen general content pages across the website, just to mention a couple of examples. We wish to see this measure keeps growing ;)
Weight of adwords doubled year on year to 31% in traffic and 35% in transactions, it is now the biggest source of revenue and the second source of traffic. While organic traffic went down almost 15% to 35% of total traffic and 30% of total revenue, direct traffic went down18% to 20% of total traffic and 21.5% of total revenue. There are explanations to this. A lot of traffic is now stirred to Cities Reference and also SEO efforts are all concentrated on CitiesReference right now, while ad-words is still dealt with at a local level that the closest it lands to the target the better it performs. Facebook, although still tiny as a general impact (~2% of traffic and 1.5% of total revenue), went up 46% year on year. Bing and Yahoo are also growing 100% each, but they remain irrelevant ~1% each. Worth noticing that while CitiesReference last year was contributing almost 5% of traffic this measure went down half percentage point this year giving the measure of which direction is the traffic now going, if you look at it the other way round you see ~30% of CR traffic coming from RomanReference.

Paris Apartments are 347 now, growing 117% year on year. It's our third destination (after Rome and Budapest) in terms of rental apartment numbers, but by far our second in terms of bookings.
Instant apartment Vs On Request apartments ratio is stable at 12% (slightly down from 13% last year).
Conversion ratio booking requests Vs Confirmed bookings has been booming to 60.2% compared to a meagre 36% last year, which is a great sign of maturity for this destination.
Resident apartments are 55%.
Bookings are 115/month so stable with last year.

These are our main destinations at the moment (yeah, not the most surprising really) worth a mention are
-apartments numbers in Budapest, Amsterdam and Istanbul (respectively 2nd, 5th and 6th destinations for that measure).
-conversion rate at 100% in Venice, Prague, Florence, Madrid, Lisbon and San Francisco.
-number of bookings and traffic in Berlin, Barcelona and Bruxelles.