AirBnb or the Truman Show syndrome - Disruptive Innovation or just Disruption in the Vacation Rental Market? 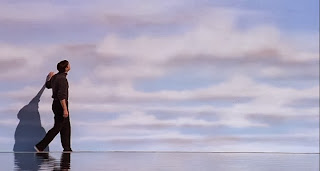 If I were to try and give my best shot at an interpretation of Clayton Christensen definition of 'Disruptive Innovation' I would say you need one firm out of an incumbent oligopolistic industry leadership to start using a cheap technology that saves costs. These is then taken up and reused by a newbie company that can afford it because of its low cost and low need of know-how and reinterprets the business model altogether.

Now let's step back and go to the Vacation Rental market as it was, say, in 2008. Homeaway was aggregating by brute force the almost entirety of the PLW (Pay per Listing Websites, which I otherwise call the Traveler Oriented model) and the only competitor worth of that name was Flipkey/Tripadvisor, that had just started using a new business model, the PPL (Pay Per Lead), whereby Property Managers were offered the option to pay just for qualified leads received instead of paying a forfeit per listing a year.

The market already had a Owner Oriented Model (or PAYG) since at least a decade, +Cities Reference among other websites, the property owner can list for free and the traveler is charged, but that affected only a very small share of the market.

Come Airbnb in 2008, uses the PAYG business model, there is precious little to none innovation and shake up of the market looking at the fundamentals. Attending Christensen definition of disruptive innovation, we should have rather looked at Flipkey to see a shot in that direction.

Starting 2011 Airbnb is backed by Andreessen Horowitz and from that moment on Airbnb model starts being trumpeted about as disruptive innovation for the whole, mind you, travel market.

While we don't believe so and we don't even believe that this is a winning model in the medium-long term for vacation rentals, we do believe there are elements of real innovation, targeted to... a wider audience and market.

The one and foremost intuition, albeit not necessarily a conscious one, is that the vacation rental market (the sharing economy in general) cannot be handled as a commodity market (unlike hotels or airlines) and requires human contact. Looking at it from the vacation rental, or even the Bed and Breakfast, perspective, this market had already been monopolized and was hard to tackle.

Thing is that Airbnb, or their backers, seem to be after something much bigger than the VR market or even the travel market. Through the use of massive technology know-how Airbnb created a walled garden where guards and fences have been perfectly hidden. A Truman Show where you are induced to believe that you are among friends, or friends of friends at worst, although every word you type is tracked and you get easily flagged on the basis of the wording you use or the peers that have been invited to report you. Offenders are quietly driven out of the studio with subtle moral suasion techniques. Nice, uh?

Well, yeah, it is actually. These guys are real cool and they know how to make you feel good even when you're kicked out of the place. It's not a real kick-out what you get, you're simply pushed down ranking and, upon time, invited to freeze the listing. I don't think it's too far fetched to call in the Liquid Modernity of Zygmunt Bauman here, these guys are modern, big time, and seduction, not anymore coercion, is the way you have people do what you want them to do, or, he would add, buy what you are selling.

However, getting there is not as easy as it's been described by the medias. Yes, we all know about the nice professional pictures looking good and the sweet little hearts instead of the stars... Sure. But there is a lot more then three nice looking kids with wonderful ideas behind Airbnb, a Big Brother concerted effort looks closer to real.

Disruptive Innovation? No doubt. But not of the vacation rental market or the travel market or the sharing economy for that matter. Much more than that. Describing this kind of disruption takes a much better pen then mine. George Orwell? Probably. Are they going to dominate the vacation rental market? Com'on! At this stage these guys are only looking at the big money coming from the IPO and warming up for the next big thing. What is it? I wouldn't be here if I knew it, but it's going to be BIG. Wait and see ;)

Ah, and while you're at it, go post that ad in the most old fashioned of the oldest digital economy website out there: Homeaway.

One last note: how would you have reacted 15 years ago if I had told you that on 2014 we would be still paying at Cost per (very vaguely tracked) eyeovers! How comes we got the shiniest little website out there well over 5 years now, claiming to be the future happened, yet the majority of internet savvy users keep going for the cumbersome and old fashioned Homeaway? Go figure. 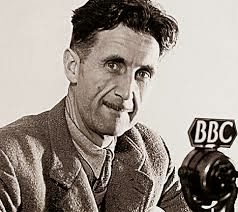